Our publishing arm, E2 Music Publishing is committed to introducing and exposing our catalogue to create new and exciting opportunities.

Founded in 2008 Edition Records has developed a formidable reputation as one of Europe’s most innovative and forward-thinking record labels in recent years. With a growing catalogue of diverse and wide-ranging music in Jazz, Classical and Electronic music, Edition Records has established an excellent reputation and strong networks across the globe. 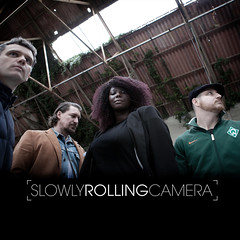 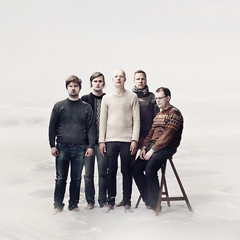 Slowly Rolling Camera is a new project that teams pianist-composer Dave Stapleton, producer Deri Roberts, vocalist-lyricist Dionne Bennett and drummer Elliot Bennett. It is proof positive that some of the most interesting work arises from a meeting of many minds. The result is music that has distinct echoes of the ‘invisible soundtracks’ of UK progressives Cinematic Orchestra and 4 Hero as well as the polychrome textures of maverick Scandinavian artists like Sigor Rós. Slowly Rolling Camera are purveyors of mysterious audio vignettes, moulded by a structural sophistication plugged straight into the vibrant emotional current of pop culture.

Experimental Finnish band Oddarrang make a genre-defying sound, influenced by jazz, classical, world music and postmodern rock. They have been compared to the cool but moving expression of Icelanders like Björk and Sigur Rós – a mesmerising and spiritual sonic soundscape. Oddarrang’s debut album won the Finnish equivalent of the Grammies for best Jazz Album of the Year 2007. Oddarrang’s fascinating mix of musical moods, traditions and their unusual instrumentation (trombone, cello, guitar, acoustic bass and drums) are gaining them more fans at every performance. In Cinema, their third album released in Oct 2013, is a remarkable album and one set to push the band into new worlds.